I was thinking about writing about the BIG casting news in my post from Monday that you will find below this one, but I wanted to give you a bigger chance to watch the episode before hearing the news 😉

As the news got out last year that Ruby Rose was leaving the show….new names for her recast quickly popped up.

A name that was mentioned pretty often: Wallis Day.

Last year I made a post about the possible recast actresses and she was the first I mentioned in it.

And here is the news about Wallis Day: 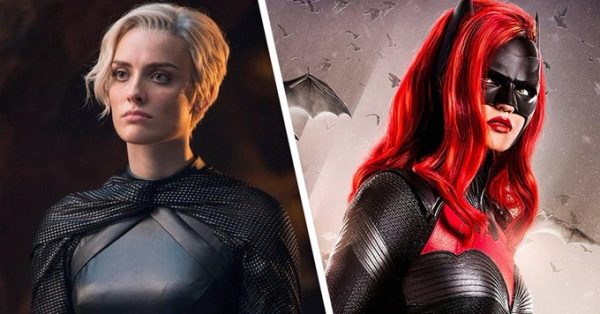 (Left: Wallis Day in her role in Krypton – Right: Ruby Rose as Batwoman)

Some more pictures of Wallis:

I am very thrilled about this recast as I thought from day one that Kate Kane would be recast and return to the show at one point.

I expected her to re-appear near the end of season 2. Well, now she already is in the show in the middle of season 2.

So, I think it will take a while to see the new Kate be reunited with her loved ones after all. And they will certainly be much surprised to see how she had changed.

I hope we will see Wallis Day in the next episode, even I do think she might have these bandages on for a while….after all, she seemed to have gotten some facial surgery as she now looks different.

I will watch now (at least) some episodes of Krypton as I never have seen Wallis Day in anything, except short video clips.

We finally know who will play Black Mask just some days before the first episode with him airs!

I know him mostly from “Nikita” and “The Expanse”, but I have seen some other shows and movies with him as well.

Looking forward to see him in the role! Especially as he might be THE big villain for the rest of the season.