I had that movie on my radar for a long time, since the trailer. Now I can finally show this (first) fantastic scene from it!

Certain elements (gassing) would perhaps better fit on my other blog (Frogwoman), but after all it’s about (gas) masks.

A woman tries to find her (evil) sister and her henchmen, that kidnapped a boy and a man.

But soon she runs into a trap….a gas trap!

Well, where to start?

Isn’t that a really FANTASTIC scene?

Of course, it wasn’t very clever of the bad guys to “deliver” a gas mask to her, instead of just closing off the room….but hey, we wouldn’t have that great scene if they did!

I love how she captures that gas mask and fights so hard to win the fight to escape. Ok, some grabs for her mask wouldn’t have hurt….but the scene is already very “fetish” for such a mainstream movie 😉

She puts a really good fight against all these men. Desperate to escape, desperate to keep her gas mask on. She knows that she could lose everything when they manage to rip off that gas mask of hers.

And the way she gets overpowered, and how the villainess in that great gas mask walks over her…..and says: “Breath, Lisbeth!” after ripping off her gas mask….oh MAN!

And her desperate breathing “sounds” as she gets overpowered….seeing the villainess approaching…. great as well.

In my version she would have defeated the henchmen one by one (destroying their gas masks or ripping them off while controlling them), while some attempts to unmask her were made…and then both women would fight against each other.

Clawing on each other’s masks, trying to rip them off while protecting their own masks desperately. 😉

I will post another scene from the same movie next week, until then I won’t spoil the movie’s name …for now 😉

Well…this clip (and the entire movie) is most…bizarre. A more or less failing horror-comedy….BUT is has three sexy, masked nun-assassins who are fighting VS evil elves and a vampire version of Santa Clause! So don’t show this clip to your kids 😉

I had to edit some seconds of violence out of the clip, so it doesn’t get kicked off YouTube right away. And the ending had to go too, because the clip would get a little too long with it (and no more masked nuns anyhow in it…at the end).

Well, one of the…weirder movies for sure 😉 !

But I won’t complain about sexy, mysterious …combat nuns….

Ok, a shame none of them gets unmasked, but well, I guess the evil elves didn’t have an unmasking fetish 😉

If you wanna know from which movie this is:

What do you think of the clip?

It is still time to see the VIP-club videos from January!

Join now, support this blog and get some extra videos (and 2 fetish stories)!

After she gave her debut in the Elseworlds Crossover in December it was finally confirmed that she will get a pilot episode for her (not yet 100% safe) own TV show in 2019.

Now it is official that the filming for this pilot episode will start on March 4th in Vancouver (where they film most of the shows for the Arrowverse). That is only 6 weeks away!

If the bosses at CW like it, her own TV show should start in the fall season together the new seasons of the other shows from the Arrowverse!

I keep you updated on Batwoman 🙂

Tthe Batwoman countdown clock on the right side has a new date! 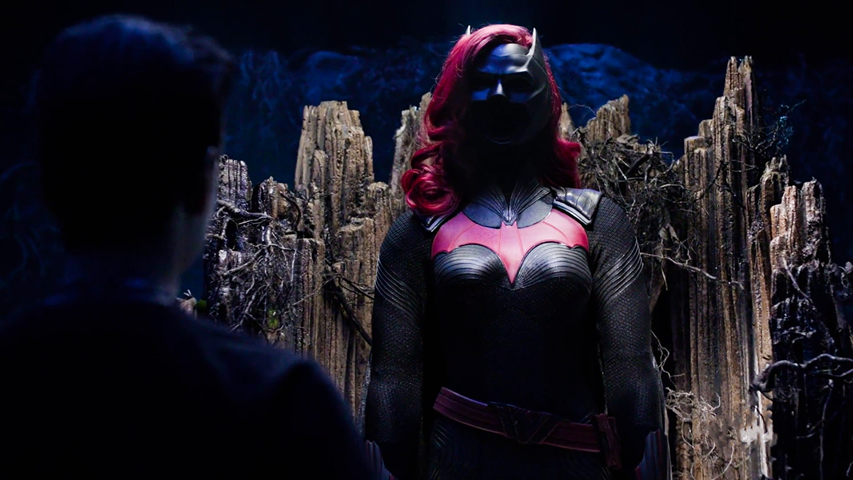 Ok, it was a little tricky to edit this video. I had to cut out some elements to make it suitable for YouTube. If they have a problem with the first scene….I will have to take that out as well 😉

In this clip, we have Hawk, who runs a mission on his own and gets into heavy trouble. Luckily he has a partner….a masked, female partner/lover who may come to the rescue 😉

And in a later scene, we have an appearance from Robin as well!

Ok, these two were pretty new to me. And I get the name Hawk and the idea behind it is somehow cool. I mean a Hawk is a mighty and pretty cool animal.

And which animal does she choose as a template for her name and costume? A…DOVE….

Besides the fact that Dove dressing up as a Dove (!) isn’t exactly cool as the animal is “uncool” because ….well, it’s pretty much a flying rat. And that’s a…odd choice for a heroine.

Ok, they have a big cage with doves on the rooftop, but that doesn’t make it better 😉

However, she knows how to fight the bad guys….and THAT is pretty cool, especially the way she saves him from a very evil fate by kicking down the bad guys.

And after some seconds in the video you know already….this show isn’t for kids. A pretty dark and violent series. Pretty much the opposite from “The Flash” for example.

And that is a nice variety for sure! However, I do like the Flash series.

Ok, what is no big surprise and annoys me again….HE gets a real, rubber mask/cowl….and what does our heroine has as a mask? A cheap pair of goggles from a costume shop. I guess hiding her identity isn’t so important 🙁 . If she would at least wear a wig as Dove…

Even if that mask covers up quite a lot for an eye mask.

But I guess that mask would come off with one placed punch to her face.

But ok, enough complaining from me. We have a masked heroine who kicks ass! And that’s always a good thing! 🙂

And by the way:

I do have a nice (not so …youtube-friendly) bonus clip, exclusive for the blog readers!

And here is the name and episode of the series from which the clips were taken:

And what do you think of her costume?

My first idea for a video from “Ant-man and the Wasp” was to make a video with all unmasking and masking scenes that the Wasp (Evangeline Lily) has in the movie. Because there are a LOT! But well, with the mechanical “wonder helmet” of hers, these unmaskings aren’t so interesting and all pretty much a like.

So, I wanna concentrate on the best unmasking scene in the movie. We have the Wasp and Ghost fighting about a ….miniaturized lab… and there is nothing wrong about two masked women fighting against each other 😉

Well, ok, not really a good unmasking, but we have two masked beauties fighting each other….I won’t complain 😉 !

And I do love “mask damage” like in this scene, even we can see that only very short and from the side.

But that way it is a forced unmasking (due to the damage) and that is actually pretty cool.

Ok, I had hoped at least one of them had a real secret identity…but there masks/helmet are not really for hiding their faces under them. It’s more like a protection for combat action…I suppose.

In case you really don’t know the title of the movie:

Happy new year folks! Hope you will have a great 2019!

I updated the VIP-Club with new material!

Wanna donate some bucks, show your support for this blog and get good videos and fetish stories in return?