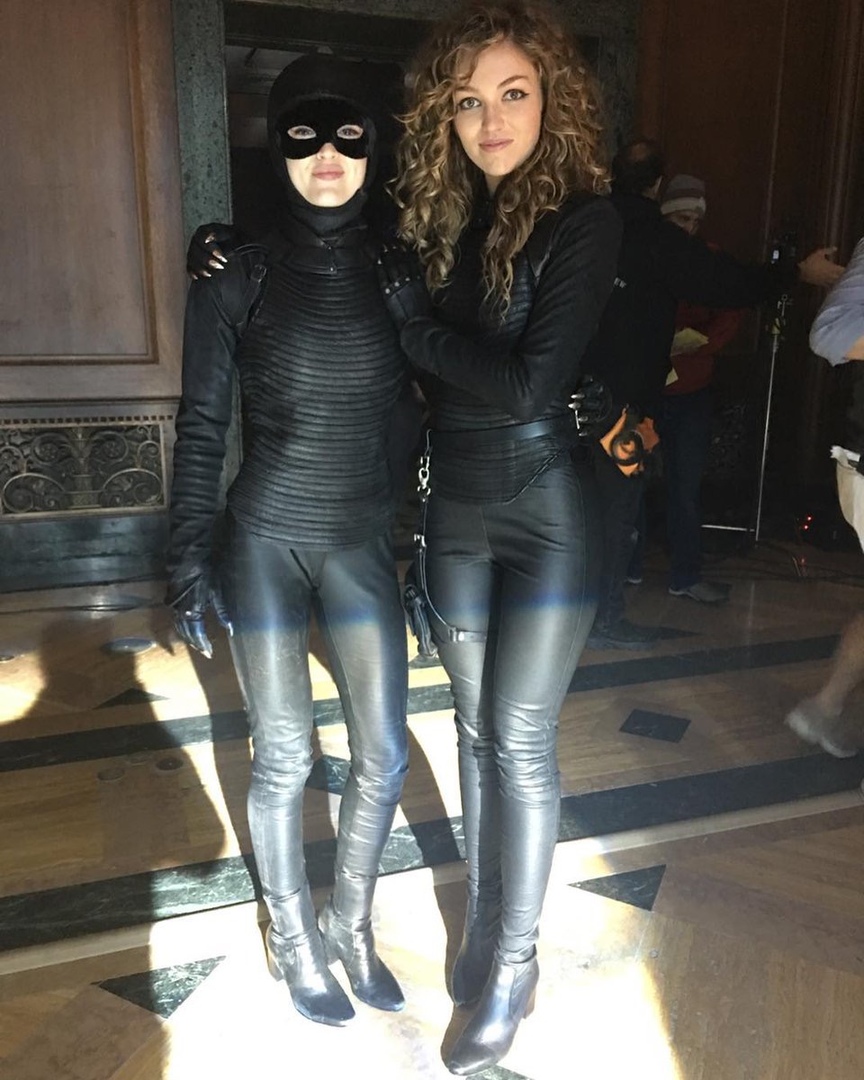 Thanks to two guys I saw a new Fan Film about Catwoman with the simple title “The Catwoman”. But watch it before I say anything about it:

I like the dark tone of it. And I like the costume, really good work on it! The story is well made for such a short movie. The action could have been more and perhaps better executed, but it’s a very sexy scene for me.  Too bad there wasn’t an unmasking scene in it. That would have been great, but anything with a really sexy, masked heroine in it is something rare and very special to me.

I don’t understand why Black Mask knows that Selina is under the cat mask, does he recognize her with the mask on? Well in that case her mask would have failed the test…. 😉

As I heard the filmmaker will make more catwoman fan movies in the future, that sounds great to me!

What do you think about the movie?

In this case I don’t know who these great cosplayers are…sorry.

Another issue of “Masks off”! This time Catwoman sneaks into a warehouse to steal some jewels. But it’s a TRAP! Gas fills the room…she wakes up…blinded by a lightflash. Someone is taking pictures of her….unmasked!

From the really great “Batman – Terror” story that was published in the Legends of the Dark Knight.

Another issue of “Masks off”! This time it’s Catwoman, who – dressed up as a maid – sneaks into a mansion to spy a little. Under her maid uniform she is suited with her catsuit. Of course her cat mask isn’t in place so she may get into some trouble if someone discovers her catsuit…

Time for some Catwomen! Here are some pics from conventions:

They show the great variety of the different catwoman-types created. And the materials used for the costumes are quiete different too. 🙂

As always, click on the picture to enlarge it…