Batwoman is called to investigate a whacked-out scientist who is capturing wrestlers and using their spinal fluid to create a Gill Man.

Pictures from an outdated video, Blu-ray quality is now available! Video quality looks now much like in the trailer above 🙂 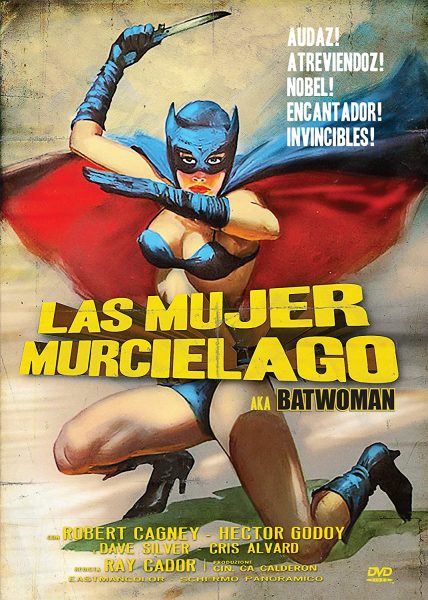 The new Blu-ray release with brilliant picture quality and an English dub for the first time! 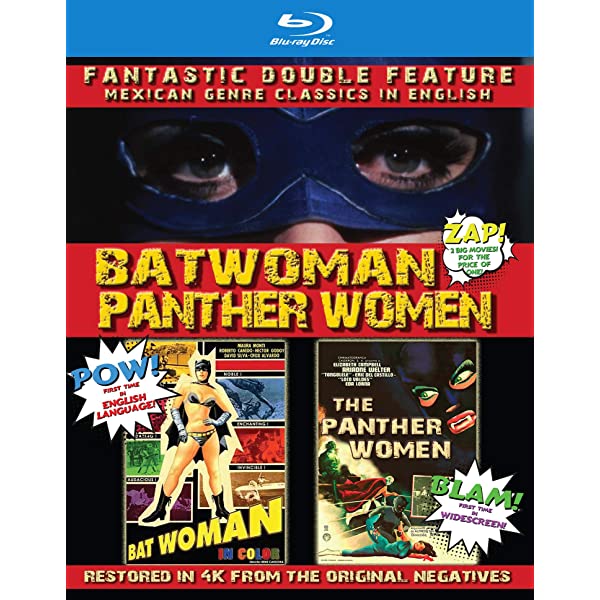 I bought the Blu-ray as both films are highly interesting!
Especially Batwoman of course as it’s one of the earliest movies with a masked heroine in the lead role. (only counting properly masked heroines).

As she is tied up they actually try to unmask her but she gets saved by the gill creature. Quite a nice perilous situation!

During the film, the mad scientist tries several times to find out who she is! His goons are even following Batwoman to a public changing room near the beach in order to catch her unmasked.

Luckily that plan doesn’t work out.

Two guys actually do know her secret identity but are there to help her. Quite odd that they didn’t build in a love story here.

There are 2 or 3 scenes where she enters the room “freshly unmasked” with the cowl still in her hand.

Well, the storyline above says it all… the overall story with the mad scientist is crazy and cheezy as hell.

A really nice cowl! The cowl is secured very well and it would certainly not be easy to unmask her as you would have to undo the lashing at the rear of her cowl first.

Or perhaps ripping the cowl would work as well 😉

Well….. from today’s viewpoint it is a very sexist costume. I mean she runs around in a Bikini, at least for most of the time. She does have a sort of catsuit when she is in a Lucha Libre fight.

Even that seems to be a stuntwoman (or man?!) for some shots.

Certainly not a very practical costume for crime fighting 😆 (the bikini version).

Maura Monti plays the role in a believable and solid way and she is rather stunning, so nothing to complain…