Another scene I can present thanks to a nice user!

In this one, we have some rich guy who cleary’s has some enemies that would like him to “disappear”.

He feels that he would be safe high up in his headquarter, but a masked woman sneaks closer and she is not a nice visitor…..

Well, not the nicest visitor for sure! 😉

As much as I like such masked, female assassins, It’s a pitty that we hardly see her (masked) face while she is in that costume.

And I would think it’s not the best idea to “hang around” a room, where you shoot an explosive arrow into it. The blast should be quite dangerous. But the idea behind this “indirect” attack is nice.

The “unmasking” is in this case a little ….odd….as she pulls off her complete (upper-)outfit with one pull, incl. her mask.

But she would have fought them off in the end.

Off course it’s a nice bonus when Tia Carrere undress and reveals such a bathing suit!

Sadly she doesn’t appear again in that ninja outfit in the episode.

Wanna know from which episode this was taken?

Fun fact: I posted another scene with Tia Carrere from the same TV show, but she had another role in that one!

Here is the other scene:

Remember the Batwoman episode “If you believe in me, I’ll believe in you” is airing tonight!

And Batwoman surely is in deep trouble, judging from the pictures I posted already last week:

….and here is a little extra “Behind the scenes” picture with the director of the episode: 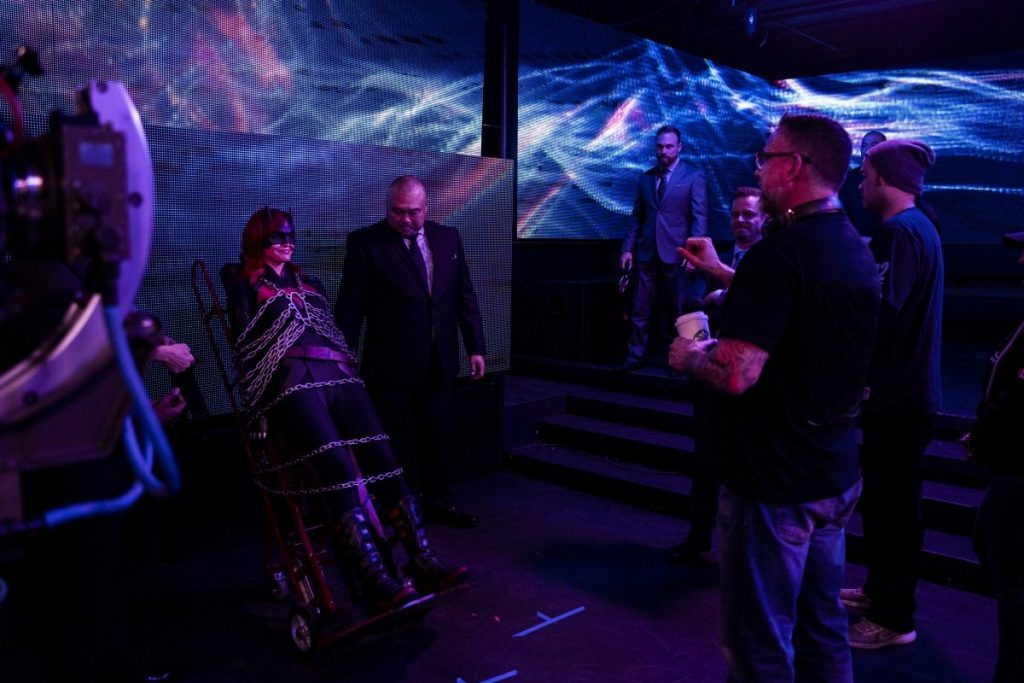 ….and a fresh, new promo picture from today: 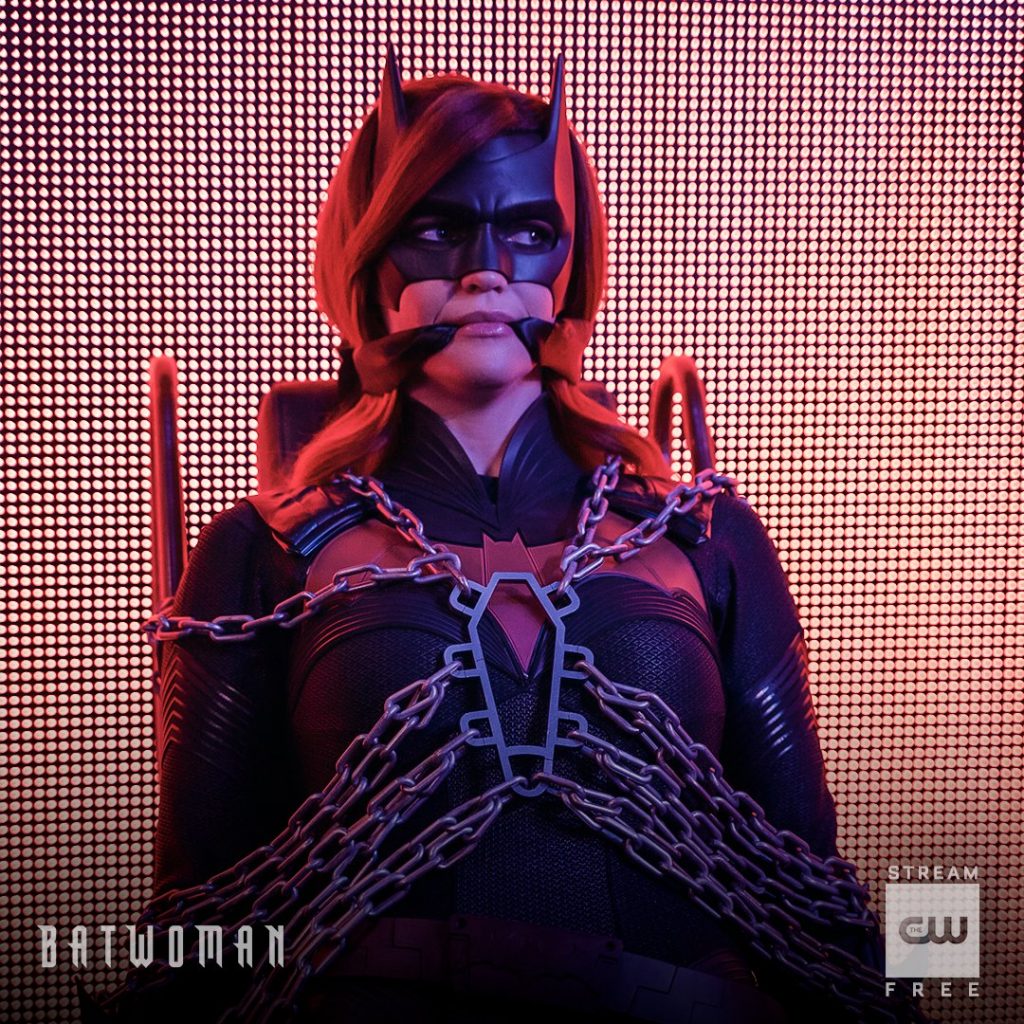 So, if you have the chance…tune into the CW today when the episode airs!