Well, we are getting closer and closer to the pilot episode of Batwoman! And the closer we get, the faster the promo “machine” is running. 🙂

Here are the Batwoman news from the last 4 days!

We got more set pictures from episode 4, I will (of course) follow his rules and post “only” 4 of the set pictures.

You can find more if you follow the link below to his page!

First of all, here are the links to the guy who took the pictures and published them:

Well, you can notice some costume changes (in comparison to the Elseworlds crossover)!

Especially her mask was changed a bit. I would say the eye holes are bigger. The bat-ears look a little different as well (bend to the sides?).

And the cowl looks a little “smaller”. You see a more of her nose, and the hairline is down a bit as well.

Of course, since these are non-official pictures without the proper lighting…. you can’t be 100% sure. We have to wait until episode 3 or 4 until we see the “normal” Batwoman costume and mask.

And about the picture with the kid, where she allows her to touch her cowl/face. Well, she should give such an opportunity to most of us folks here.

And they released two new teasers!

The first one is basically just a compilation of teaser that were already released:

The second trailer has a unique style and makes us ready for the show:

I like the style of this teaser, pretty unique! Even he offers nothing much new, but it is different in style.

And I got another one for you!

Not much Batwoman in this one….but at the end …two or three seconds that weren’t shown so far: 😉

Damn, I hope they will present some sort of season-trailer with scenes from the episodes they already have filmed before the pilot!

Would love to see some more new footage!

Have you noticed other costume changes?

Time for a little extra Batwoman post! Why today?

Well, it’s September 1st…which means…..as from today, you can say that….Batwoman will hit the screen NEXT month!

And that’s quite something for me, as I am waiting for this Show until last December …and then with even more anticipation from May as the Show was actually confirmed!

It has been a long waiting time. But luckily, it is coming to an end!

And I wouldn’t make a new post without new material 😉

So, here is a new teaser:

A nice, short summary regarding the events before the pilot episode.

Nothing really new (except the lighthouse scene), but it is a good teaser!

And I wanna show a really interesting set picture with Batwoman in action!

As I read the first outdoor set (with public access) incl. Batwoman in Vancouver: 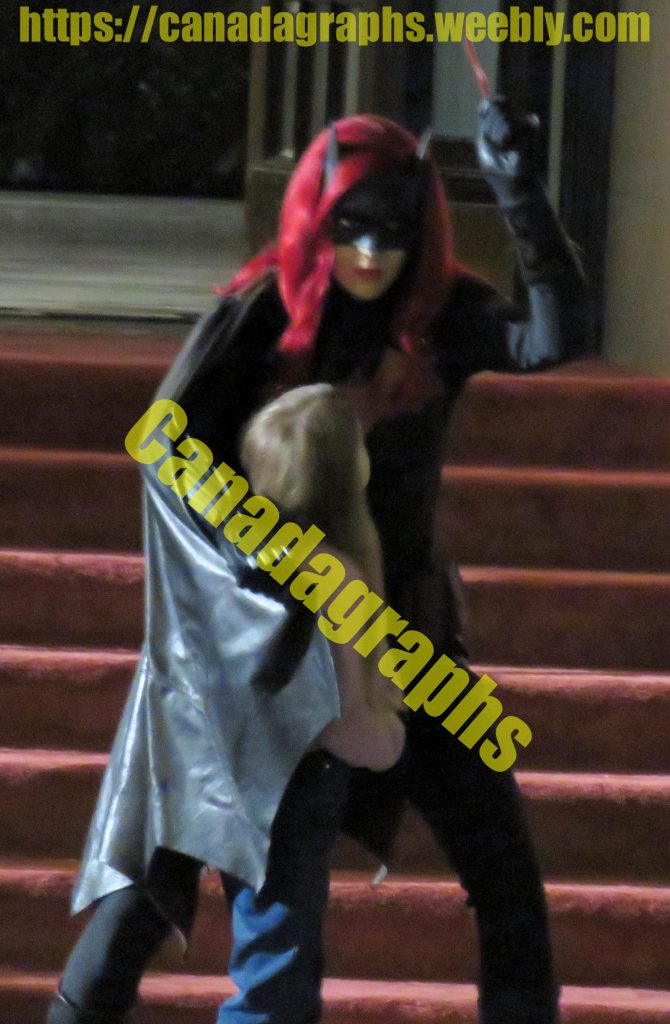 First of all, here are the links to the guy who took the picture and published it:

Well, it is clear to say that Batwoman (Ruby Rose) seems to protects a child, while she has a Batarang ready for the bad guy(s)!

She now is wearing to “normal/standard” Batwoman suit, and not the only slightly modified Batman suit from the pilot (and episodes 2 and 3(?)) anymore.

Batwoman starts NEXT month on October 6th on the CW!