A quick post about Batwoman/Ryan Wilder’s appearance in the Flash Armageddon event.

As you may know by now this event takes place in the first 5 episodes of season 8 of The Flash.

Ryan first briefly appears in the last moments of episode 3.

This week, episode 4 aired and finally, we get some real screentime of both.

Yeah, Batwoman is only there for a short action scene, but at least something. Later on, Ryan appears in a short scene with Iris as well, but that’s it for this episode.

These scenes play 10 years in the future, or to be more precise….in A possible future.

So, it’s hard to say how serious to take all of it….at least for me.

In this future, Ryan and Sophie wanna adopt a child which is a possible hint that they might end up together like some folks including me, are thinking.

But well, as I said, it is A possible future….so hard to say how this episode can be seen as an indicator of how things will develop.

It’s a fun episode and as there is one more episode to go….I hope that Batwoman will return for that!

So far, the (new) Arrow hasn’t shown up so I am thrilled for her appearance in the next episode.

Here is a Batwoman poster for the Armageddon event: 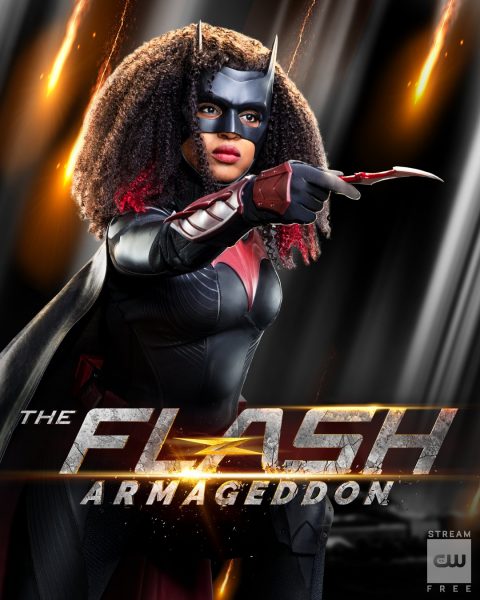 Here is my review on episode 6, only a little late this time 😉

Check out the detailed review incl. pictures and my Batwoman cuts on Batwoman – Season 3 – Episode 6!

(click to enlarge – more pictures on the page of episode 6, link above)

Episode 7, which will air next Wednesday (24) will actually already be the mid-season finale!

From what I read the show will then return on January 12 and will have only 13 episodes in total as was confirmed from some sources.

I hope that there will be some good news about the 4th season soon!

And the CW released this promo picture of Poison Mary: 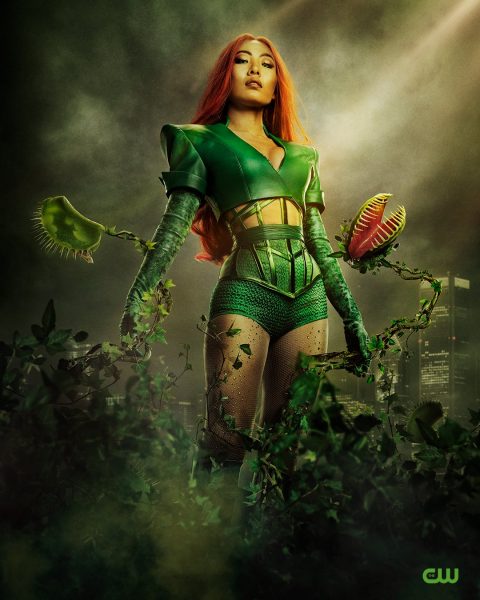 Wow, she looks great! Interestingly the left plant has caught a bat 😉

I would bet that the cliffhanger at the end of the next episode shows Poison Ivy for the first time….

Watched the first episode of Armageddon, but so far Batwoman wasn’t in it.

Will keep you updated!

Watched the last episode of season 2 of Stargirl, and it’s time for a little review!

If you have read my other Stargirl reviews here (on season 2), you should get that I was quite disappointed how little Stargirl and Wildcat actually were in the episodes of this season, even the episodes were entertaining and interesting.

Well, for episodes 8-12 they weren’t in it all, and only one episode of the season had a lot of screentime with them.

Now, in the season finale, I got “compensated” quite a lot as there is quite a LOT of screentime with these two…. and also quite a LOT of good scenes as well 🙂

Finally, there is an episode with a lot of action again and I really enjoyed the whole showdown with Eclipso!

My favorite part was the Wildcat VS Wildcat fight, even I did curse at my TV after it was over for some special reason 😆

I just love this matchup as Eclipso let Wildcat imagine the original (male) Wildcat would fight her. And the original kicked her ass quite well for most of the fight as this was her nightmarish vision.

BUT…….it was SUCH a wasted opportunity to UNMASK Wildcat! Why? Well, they fight about who would be the better Wildcat. He even says something like “You don’t deserve to be Wildcat!” to her. So…..what would be better than to unmask her and thereby show her how much better he is (in this vision) and also to strip her of her powers at the same time? She would have been beaten if he had unmasked her. As she got the costume in season 1, it was totally not fitting to her, but as she completed the outfit by putting the mask on, the costume adjusted to her body and she got her Wildcat powers.

So, my guess would be that she only has her powers as long she is wearing the mask. It would have been really great if he had reached for her mask and yanked at it while she is desperately trying to keep the mask on. Well…..no luck 🙁

But nevertheless, I loved all the scenes with Stargirl and Wildcat fighting Eclipso and his visions! So great to see them in action, especially after their long absence.

There were quite a lot of peril scenes with Stargirl as well, in the whole showdown with Eclipso she was beaten, choked, and tossed around. I think it looked a little cheap the way she looked as she was possessed by Eclipso, but ok, no big thing.

It was great seeing all these characters coming together to defeat Eclipso. I was surprised that The Shade was still alive and that even all the three “evil” Crooks showed up.

Season 3 will be aired next year and I’m very curious to see which characters will still be around then and what roles they will play. Looks like Cindy really will be one of the good guys then, hopefully, then she will get a mask to her costume as all the other women are wearing one to protect their “secret” identities.

Seems like the Shade will be still around then, I guess Grundy might show up again, even he is “indisposed” for now.

Will Jade be still there? So far, her role was quite small.

And what about Starman and Rick? Will they play a role without powers?

And what about the bad guys? In the end scene, Mister Bones was shown for the first time.

But there are also the three Crooks, who now live next door to the Whitmores 😆 and Cameron might join the bad guys as well.

Well, looking forward to the new season….until then I might re-watch episodes 6 and 13 of this season once or twice 😉

And now some news on Batwoman!

The Flash will start his new season (8) on November 16 with the big “Armageddon” 5 episodes event as I mentioned in the past.

Now we have a poster for this: 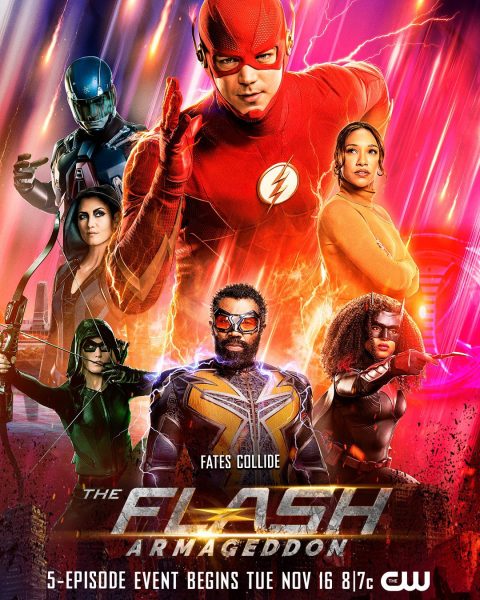