Some updates on the Batwoman TV show:

Finally the new episode is around the corner and airs on sunday.
Damn, that was a long 5 weeks without new episodes. Can’t imagine how long the break between the seasons will feel. 🙁
This sunday episode 17 will air, here is the trailer:

A reliable source say the season has 20 episodes (instead of the 22 that were planned before the Virus).
These episodes will be aired weekly until the final episode of season 1 on May 17.
So there will be 4 new episodes in the next 23 days!

And here is a new poster for the show: 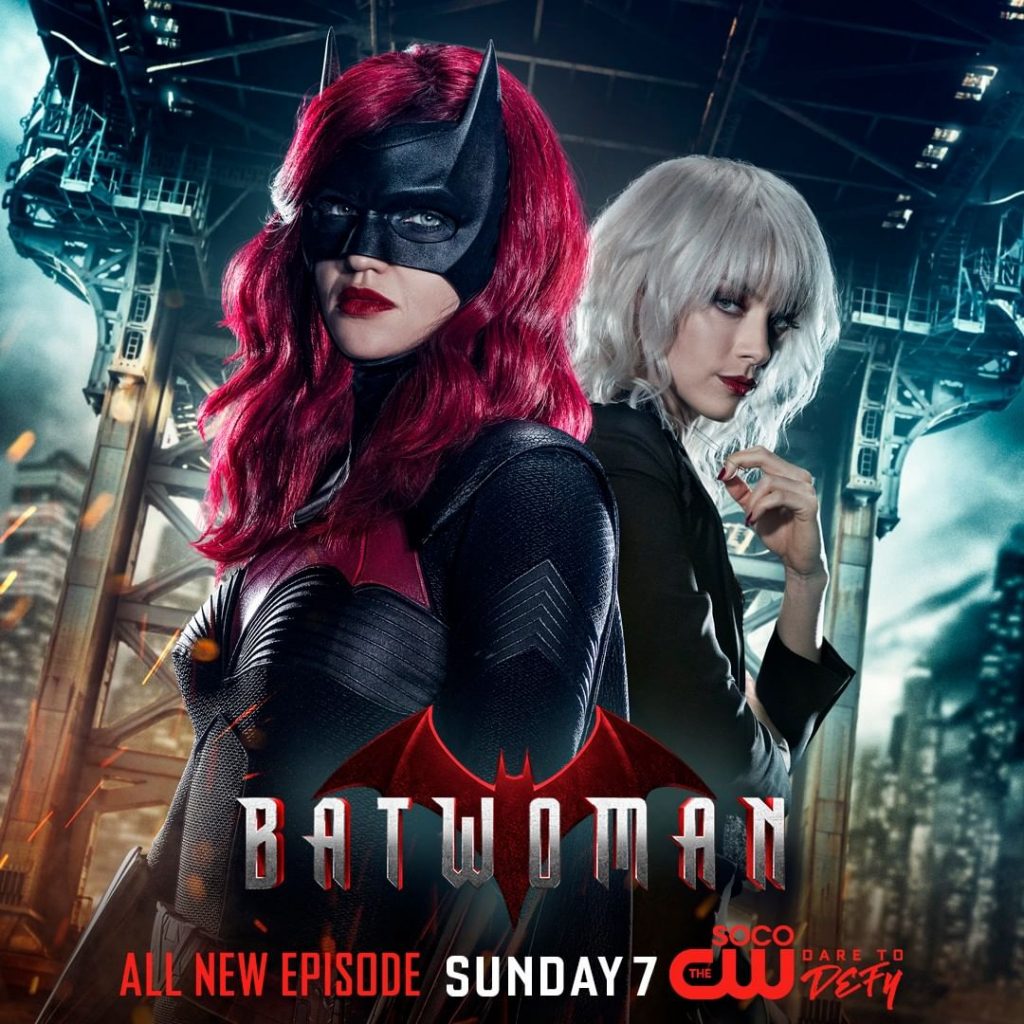 I am really happy about the return of the show and hope that they can start filming again in the summer somehow, so the second sesason can be aired as usually from october onwards.

Two of the Promo pictures for episode 18, more details below….

These are some of the fresh promo images from episode 18, which will be shown on May 3rd.
Damn, what a sexy situation that is perfect for a lot of possible, sexy outcomes!
Noticed that barrel of money in his hand.
What is the guy up to?
Does he want to sell Batwoman to the highest bidder?
Does he want to sell her UNMASKING to the highest bidder?
How was she captured?
How will she get out of this?

Personally I would love to see him reaching for her mask, yanking a little on it while Batwoman starts to panic.
Then, just before the mask comes off, she gets saved by someone.
I guess that won’t happen….but however, this will be a verrrrrrrry, sexy and perilous scene!
–

P.S.: Seems they get fond of tying her up. She was already tied up in episode 13 (“Drink me”) as Nocturna captured her 🙂