Yesterday a first -very long- teaser was revealed at the DC Fandome.

Before the teaser director Matt Reves talked about the movie and his vision on it.

Seems like he is very focused to make his own unique version of Batman, that is as much different than the version we saw so far.

That is not a bad thing, even I think he might have overdone it a little with some designs (Batman costume, Batmobile).

Of course that can only finally be judged when the movie is finally out in the theaters.

Well, I really hope that she will become Catwoman with a stunning catsuit and everything as early as possible in the movie.

Knowing how little was filmed so far, this teaser is highly unusual. Normally such a teaser would be only 30-60 seconds, and normally they would include scenes from the whole movie as they often are finished with the shooting more or less.

Well, I am thrilled and worried at the same time about this one.

I never saw any movie with Robert Pattinson except the first Twilight movie, and that was a long time ago.

I will watch newer movies of him like “Swiss Army Men” and “The Lighthouse” in the next weeks. 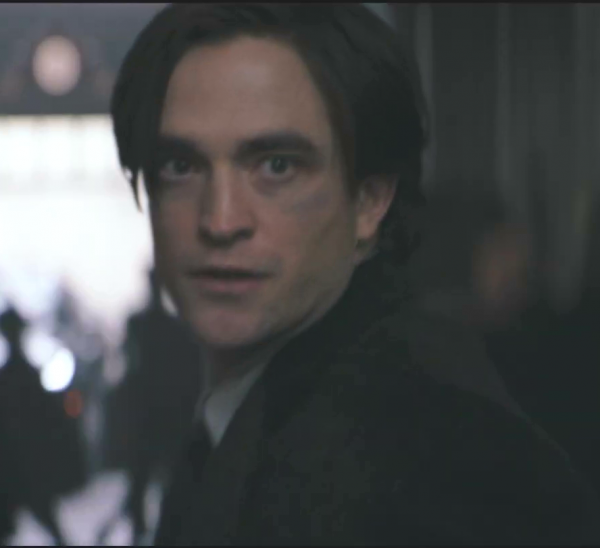 …a solid hair cut would help for starters 😉

But well, perhaps he will change and evolve during the movie as he is only in his second year as Batman.

Slowly I get more used to his Batsuit: 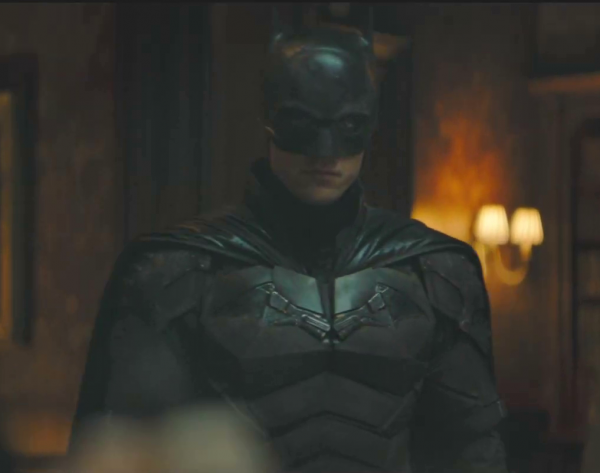 It is very different from the ones we know so far from the movies. Will be interesting to see it in action.

The teaser offers a great, dark atmosphere with a good soundtrack in my opinion.

Gotham is a here a really dark place… in several ways.

And that fits perfectly!

We get to see an early version of Catwoman in the trailer:

That is certainly a very….”special” cut of a ski mask! It looks very much homemade, but it’s a solid disguise at least.

Certainly that is a first, primitive version of her Catwoman outfit. Please let her get her real Catwoman suit and cowl as soon as possible in the movie!!!

I am a little afraid she presents that in the final moments of the movie as she disappears into the night. And then a new Batman movie comes out with a complete new storyline and we might never see her again in the real Catwoman outfit. ——– #nightmare

It will be very interesting how Batman and Catwoman and their alter-ego will come along in this movie. In the teaser Batman wants to stop Catwoman, so they fight each other!

But how will they find out who is hiding underneath these masks? Will they work together at some point in the movie somehow? Some pictures form the set point in that direction.

From the teaser it is impossible to judge how Zoe Kravitz will fit into that role.

Well, I hope we will get more pictures and info in the next months when filming finally continues!

Especially looking forward to more Catwoman pictures and the first glimpse on the villains of the movie (Riddler, Penguin)!

What do you think of the teaser?

Are you looking forward to the movie?

1 thought on ““The Batman” teaser ….with some Catwoman scenes”