Check out the very short review on Batwoman – Season 2 – Episodes 1-6!

Check out the detailed review incl. pictures and my Batwoman cuts on Batwoman – Season 2 – Episode 3!

You can watch the episodes LIVE on the CW (Sundays at 8 PM) or watch it also for FREE on the CW website (link) and on the CW app, starting Mondays after an episode has been air on Sunday!

(click to enlarge – more pictures on the page of episode 3, link above)

Season 2 of Batwoman is only DAYS away as it starts THIS SUNDAY, January 17 at the CW at 8pm.

After no fresh episodes since May I’m more than hyped! 🙂

A lot of articles and news surfaced the last days and on this post I wanna collect all the new info prior to episode 1.

Safiyah is one of the big villains in season 2, we know that for quite a while now. She was already mentioned a few times in season 1 and has some connections to Alice and Kate(?).

Shivaani Ghai was casted for that role.

Now we get some first look images + an interesting text on EW:

Now we got news that infamous villain Black Mask also joins the villains of season 2 on the show!

No info on the actor who will play him are out yet….but damn, that’s great news! I always liked his role in the comics and his appearance was one of the plus points of the Birds of Prey movie.

More on that on the EW as well:

Some interestings interviews with Javicia Leslie the new Batwoman:

*EDIT 2, January 14:* And the promo machine keeps firing….
–
A long article with an interesting 5 minute video 😉

Two pictures from that article:

A gallery of the the already released promo posters for season 2:

I will update this post if new info and material surfaces before episode 1 gets aired.

….with some major news….there are already some news to post before!

Safiyah has been casted for the show!

In the show it seems that Alice is her main enemy. In the comics Kate Kane/Batwoman has a complicated relationsship with her…but as Kate isn’t around anymore (at least for a while until she comes back 😉 ) it seems that Alice will have to face her. Safiyah was already mentioned on some occasions in season 1, will be interesting to see what her goal is in the TV show.

I don’t know the actress so far, but I am looking forward to see her on screen.

One week has passed since they had started shooting season 2.

And of course some pictures show up on social media.

Here are my two favorites from the last days:

Alice is back in action! 🙂

Meagan Tandy has posted this picture: 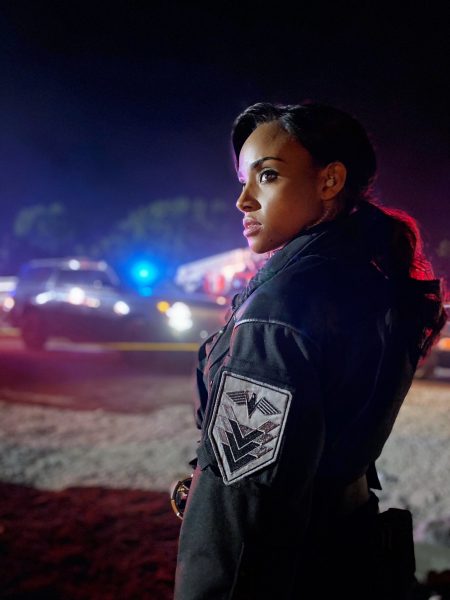 I wonder how her role will change in season 2….