Today I wanna promote a crowdfunding campaign that started this week!

So, what is it about? Well, basically it’s about a new comic that features Arachna, a masked heroine:

“A superheroine with a split personality brings the fun, adventure, and sexy back to comics”

Check out the page on Indiegogo:

“Arachna: The Adventure begins!” on Indiegogo

One page as an example of what you can expect: 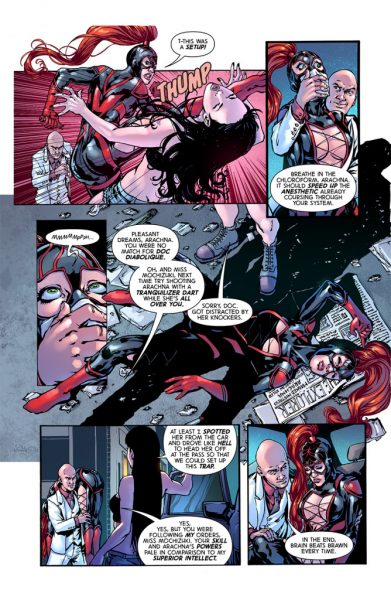 I already backed the campaign to get my copy of the comic.

The concept of the comic is just great in my opinion. The whole split personality sounds like a lot of fun.

And of course, she is very sexy in that costume! Her mask hides her identity well enough and as you can already see on the pictures on Indiegogo, she will get unmasked at one point 😉

Plus, as you also can see on the images…..we also have a masked villainess as a bonus!

Also, from what I have seen and read of the comic, this comic isn’t a “regular” mainstream comic.

The focus is on showing a very sexy adventure of an unusual heroine who seems to get into peril quite a lot ;-).

So, I am really looking forward to this one!

Some of the cover versions that you can get by backing this campaign (more on the Indiegogo page): 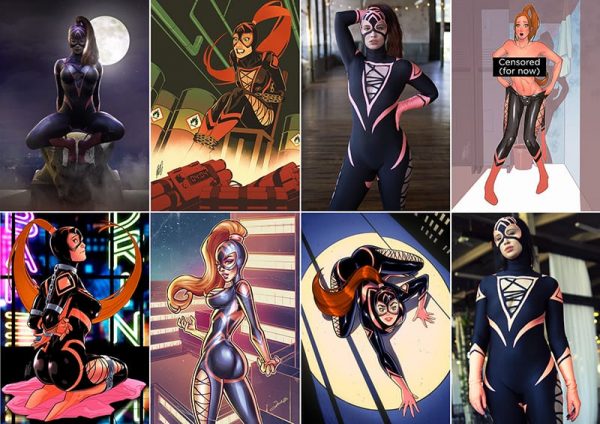 As I am writing this post, the first goal of 5.000$ is practically already reached. I would say it’s only a matter of hours to get there.

But this is only the beginning! There are a lot of interesting stretch goals up to 50.000. (more info on the Indiegogo site).

If the campaign hits that final goal, all backers will receive a 15-20 minute action film with Arachna! And that would be really awesome! 🙂

On his Youtube channel, you can already see some short snippets of Arachna and her stunning costume!

An example of these promo videos:

The campaign will run for another 30 days, so I am very thrilled to see how it will develop!

I hope that Arachna gets a lot of supporters as this comic is something very special.