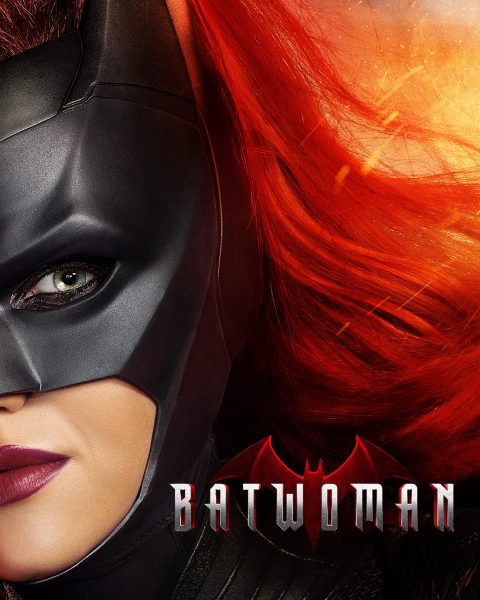 Kate Kane returns to Gotham and takes over for Batman who has vanished. As Batwoman she fights crime and countless villains. But her worst enemy is her own ….sister, who has become the crazy villainess Alice!

This show is very special to me!

The show airs on Sundays in the US (so far), so due to the time difference, I always watch this show on Mondays.

Since the show is on the air I count the days until the next Batwoman-Monday. So Monday became my favorite day of the week during season 1. Never thought I would say that about day. 😉

Since the TV show, Black Scorpion in the early 2000’s I waited for another TV show with a masked woman in the lead role. It took nearly 20 years to fulfill that wish and I was hyped since day one that the first rumors about this show popped up.

But before I start to write for hours now….you can find my whole story with this show all over this Blog 😉

The biggest highlight of the season was

Spoiler title
Alice forcing Batwoman to unmask herself in front of a witness
.

The other highlight of the season is on the last image above: A thug grabs into Batwoman’s wig from behind, nearly yanking of her cowl in the process (as the wig is attached to the cowl)

Besides that, there are some nice self unmaskings throughout season 1.

Good storylines overall. Some “villain of the week” episodes as well. I really like the rather dark atmosphere of Gotham which is shown here.

Well, if you count the Elseworld crossover to season 1 of Batwoman, which you should as it takes place early in the season…Batwoman has 4(!) different cowls just in season 1.

I could write a lot about it, but I already have here, so check it out:

In regards to masks, this TV show easily tops overtrumps everything so far!

Never ever I saw a better mask in a movie or TV show.

The villainess Magpie who appears in her costume in 2 episodes wears a white wig and an eye mask. A solid disguise!

Rest of the costumes

Well, her costume is solid. Maybe a little too “practical”, could be sexier for my taste.

Let’s see how Javicia Leslie’s costume will look in season 2.

It’s not a secret that Ruby Rose isn’t in the elite class of actors. Her roles in the previous movies were mostly pretty one-dimensional.

Her acting in season one here is solid as it improves throughout the season.

I had mixed feelings about her quitting after season 1.

Will be interesting to see how Javicia Leslie will play the role of the new Batwoman/Ryan Wilder in season 2.

Also, I still expect that Kate Kane will return in late season 2…but then portrayed by another actress.

Rachel Skarsten does a fantastic job playing Alice! Can’t praise her enough for it…

I love Alice for her craziness and her tragic backstory and I hate her for the thing she does.

The rest of the cast does a good job.

Batwoman, Season 1, Main Page on Maskripper, with special pages and reviews of the first 6 episodes

All Batwoman TV show posts on Maskripper (Warning, a rather long list already 😉 )