Skip to content
This post represent the knowledge on June 3, 2020.
Not so accurate anymore….
It strongly seems that not only Ruby Rose isn’t returning to the show, her whole character will be exchanged by some reports!
Which means that Kate Kane wouldn’t be the Batwoman anymore!
Instead the casting call for the new Batwoman character reads like this:
“….he new character is named “Ryan Wilder” (whether that’s a placeholder name is unclear) and is described as a woman in her mid-20s who “is about to become Batwoman.”
“She’s likable, messy, a little goofy and untamed. She’s also nothing like Kate Kane, the woman who wore the batsuit before her,” the notice reads, according to Decider. “With no one in her life to keep her on track, Ryan spent years as a drug-runner, dodging the GCPD and masking her pain with bad habits. A girl who would steal milk for an alley cat could also kill you with her bare hands, Ryan is the most dangerous type of fighter: highly skilled and wildly undisciplined. An out lesbian. Athletic. Raw. Passionate. Fallible. And very much not your stereotypical All-American hero.”
https://ew.com/tv/batwoman-new-character-ryan-wilder-season-2/?fbclid=IwAR04i2yxO8Y3Bflhp2ePVN3n5nxBHxMf3IsRwDmgZl_u5QadFru90nbznxQ
——
https://tvline.com/2020/06/02/batwoman-recast-season-2-new-character-replaces-kate-kane/
——–
I thought it would be some very quiet months after season 1 has ended and it was announced that season 2 won’t start until january.
How wrong I was!
First the news with Ruby ….and now this!!!!
Which now brings up so much more questions!
How will Kate Kane exit the show?
I mean, if Ruby isn’t there they can’t have any more scenes with Kate…only some scenes with Batwoman, where she is only shown from certain angles so it wouldn’t be 100% clear that it isn’t Ruby under that cowl.
So does Kate just leaves without any scenes at all in the first episode?
Or will Batwoman (the Kate Kane version) be killed in the very first episode of season 2?
I don’t think they can make this drastic change look any “good” in that first episode….
And having a completely new Batwoman would really make look season 1 ….bad. All these storyline would be ended so abruptly, that it would feel weird at least…
With the introduction of a new character the whole Kate/Alice/Mary/Jacob relationsships collapse. And the new Bruce Wayne storyline would make way less sense.
—–
I hope that somehow that isn’t true and WB/CW will make an official announcement that this news is “fake”.
I was somehow ok with Ruby leaving, even I thought she did make a good job.
But this now…..brings up some many question marks!
Will Kate Kane return at some point?
On Twitter I read the theory that this new Batwoman would be a temporary replacement and that Kate Kane would return at some point.
Well, ok, this could work, but why would they do it?
Right now they have enough time to re-cast Kate before they start filming….
*EDIT* …..UNLESS….they already have a Kate Kane/Batwoman! But that actress is bound to other projects for the next months/year and will join the show at a later point. Of course then Kate can’t be killed in the first episode of season 2….she would need to disapear.
The character would then return to the show and lead the team afterwards. (ok, just my wishful thinking 😉 )

Hopefully there will be more news on this very soon!!! 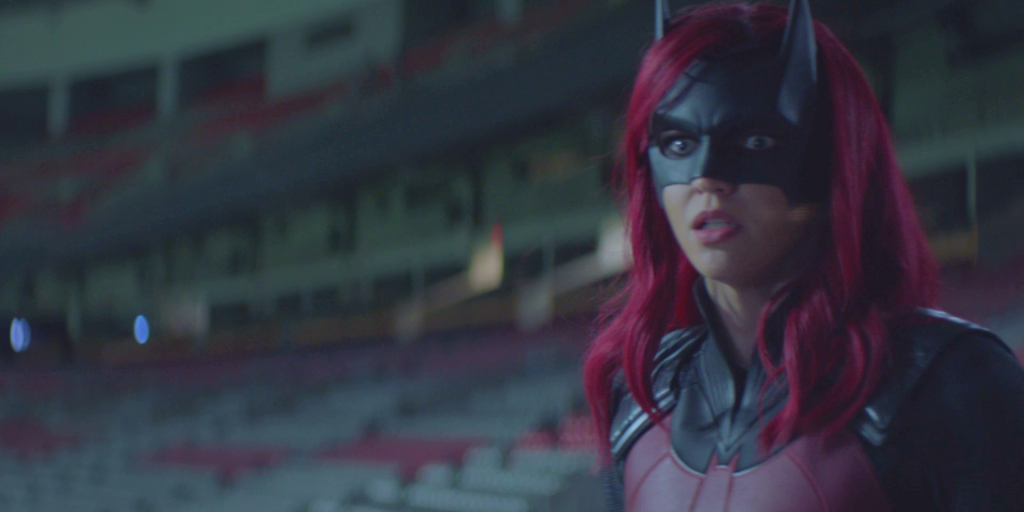 4 thoughts on “Batwoman news: A new character seems to become the Batwoman for season 2!?”