In the newest episode Stargirl has to face Icicle!

The episode was pretty good. Not much of Stargirl in it, but I really liked how they introduced Icicle as a villain.

A great mixture between a caring father, charming buisiness man ….and psycho-maniac!

He is true evil, trying to kill a bus full of kids and as that failed he took care of another accident to happen in which a kid was actually killed.

Again the show switches from light comedy scenes to pretty dark ones. An interesting mixture.

And of course I hope that Icicle will get what he deserves!

Even I’m not a big fan of big team-ups in such movies/TV shows…..it will be interesting to see all the heroes that Stargirl will recruit over the next episodes.

Honestly I don’t know much about these characters so it will be a “surprise” for me to see them in action for the first time.

It was a little strange to see that her mask has a black elastic strap to keep it on her face as it “disturbs” the look in my opinion.

In some scenes like this you can see it: 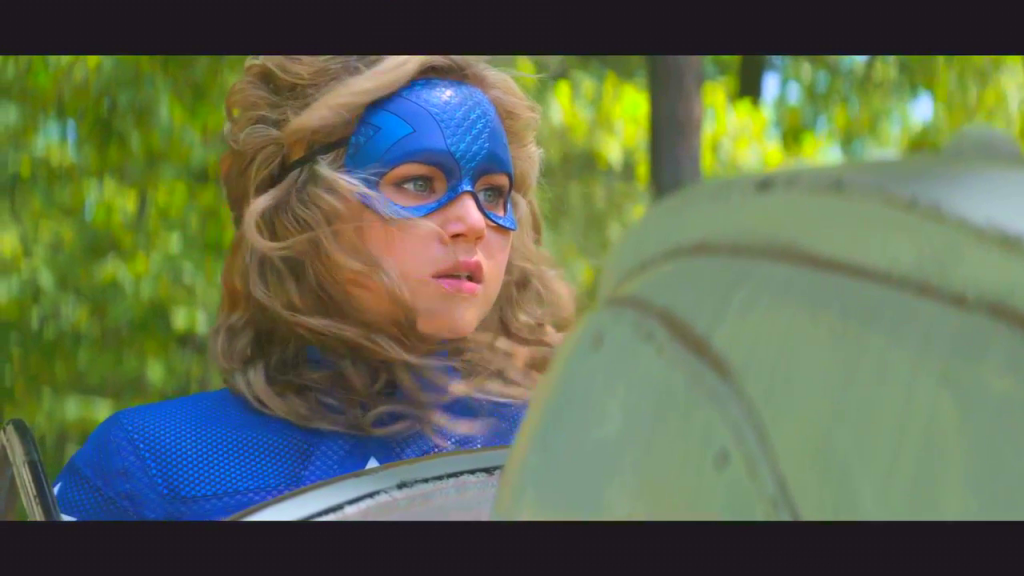 Normally these smaller masks are fixated with some sort of glue, perhaps her mask is too heavy for that?

Kind of odd, because in most scenes you don’t see this strap…

Here is the preview for the next episode where Wildcat gets recruited by Stargirl:

Yeah, pretty thrilled for that one!