To celebrate this SPECIAL day….the day where the Batwoman TV shows starts into its second season (8PM at the CW)…I have a “Batwoman Beyond comics special” for you!

It’s the “Batwoman BEYOND” version from the “Batman Beyond” run.

In that run a version of Batwoman appeared in issues 37 to 42.

For some reason I forgot to post about these comics back then, time to finally do that now!

In this gallery you find the highlights from my perspective with some peril moments and all the (un)masking action!

These pages are from issues 38 to 42. You will find more of course in the comics as I couldn’t put them all in a gallery 😉

You should check out all these comics!

(use the arrows to navigate through the pages)

[Read the pages before you go on!]

I really like that she actually had a secret identity in these comics for a while as not even the reader knew who was under that mask.

The advantage of such a full face mask is ….obviously….that the whole face is covered, so it provides a perfect disguise.

I do love such a mystery! It also provides some opportunities to show scenes where the mask gets damaged or ripped.

Sadly they don’t much use of that here. I mean if someone delivers hard punches to her face or threws her around the mask should get damaged at some point. But well, I don’t know what high-tech material they use in these Batman Beyond masks. So, her costume does only really damaged once through that explosion.

My favorite is the scene where a hand of the villain gets really close to her face as she is lying on the ground. But sadly, it seems like he didn’t want to unmask her as he immediately starts to choke her instead of yanking her mask off. That moron 😉

The self unmaskings are well done even I would have prefered that someone else had unmasked her at one point or at least try to do that.

But in the end these comics with this Batwoman Beyond version are my favorites from the last 5 years!

What do you think of these pages/comics? 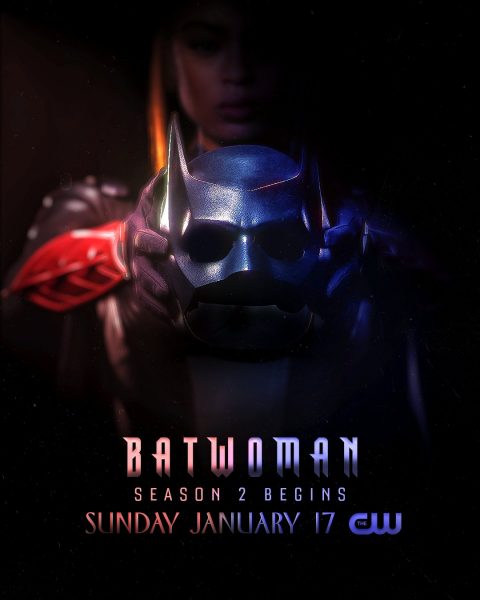 I still could go on a rampage for that evil/crazy decision to discard her cowl in the ongoing comic series…and replace it with that tiny eye mask that doesn’t hide anything.

Ok, but I accepted that batshit crazy decision and still hope they will change it back to the Batgirl cowl.

But what is at least similar annoying is the fact, that 99,99% of the villains don’t care about unmasking her, don’t care for finding out who she really is.

So, we didn’t get unmaskings… or even unmasking-attempts in the last years.

And you don’t need an unmasking fetish to wanna find out how she looks like beneath that mask.

Let’s check scenes from just two of the latest comics (and pretend that her mask hides her identity 😉 ):

Batgirl unmasks the criminal…because it is the logical thing to do.

He tricks her, blinds her with pepper spray (?). For seconds she is helpless, he could easily unmask her…but he decides to run.

Ok, they don’t have time and are on the run, but a quick unmasking would take only seconds.

His “hand” reaches her face and he throws her around…

Ok, even the fact that he most likely didn’t want to unmask her….shouldn’t her barely secured eye mask come off by accident with a “grab and throw” like that?

These pages have two scenes.

Again her mask doesn’t come off by that, not by the grab to her face…not by the throw. Ok

Reminded me a lot of the Black Scorpion TV series. She nearly gets knocked out every second episode….but what do most of these villains do? They just walk away. Nearly every time! ARGGGG!

In the same issue(!) he wins a second time against Batgirl. But he is happy with his quick victory and leaves without using that advantage.

And again, her tiny mask is held by that superglue…no matter what he throws at her…no matter how she gets thrown around.

So many things that really frustrates me about it…

Ok, I will still continue to follow Batgirl in the comics as well.

The hope she might get her cowl back (and not the “burnside” version) and that some villain might at least TRY to unmask her.

I mean, if you are a villain, and Batgirl always tries to stop you….. You basically can do two things:

2) Unmask her (and ….(a) then controlling her by blackmailing her …or (b)…. release pictures/a video of her unmasked face, which would finish her)

Ok, enough of me, what do YOU think about it?