Alan Braves, captain of a pirate ship, is, by the treachery of a comrade, accused of a crime of which he is innocent.

(fun cast: IMDB lists him as “Alan Drake” and in the German version his name is “Albert von Eyck”…. one role…many different names)

This one is very special for me.

I saw this movie as a kid and was immediately fascinated by that pirate leader in that full-face rubber mask!

At first, the audience has no clue who that pirate is. The reveal that it was a woman the whole time was a great surprise for me.

I highly enjoyed her interesting and tragic story. She wanted to be a pirate leader in a world where only men were accepted in such a role.

She put on an outfit of a male pirate and put on that full-face rubber mask to disguise the fact that she is a woman.

She even changed her voice to fit in.

I highly doubt that it would have been possible to make a mask that looks like that as rubber wasn’t used…at least not to form a mask like this.

Damn what I would give if anything actually would have tried to unmask her (before the ending)!

Such a mask would offer some interesting possibilities! In my version, the evil captain would attack her and her mask would get damaged. He would finally realize that a woman is under the mask and continue to attack her, slowly ripping her mask more and more….

Also, I would have given her more screentime!

In the end, she is only a side character, even though an important one. After all, she saves the hero in the end, even though that leads to her tragic death.

The final reveal and unmasking are well done as the hero is surprised to not only find a woman under the mask, but also a woman he knows quite well! 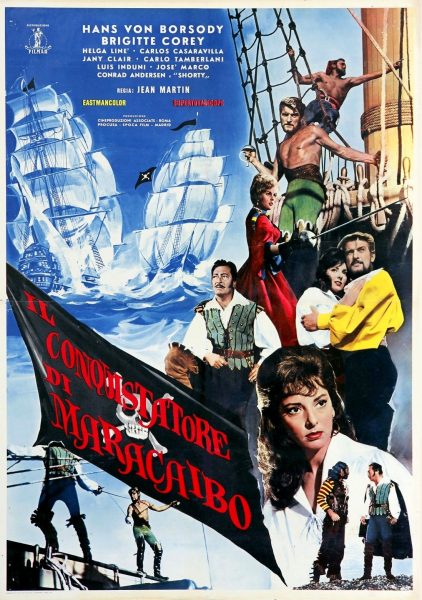 Another promo card with the masked female pirate (her neck is actually full covered up in rubber in the movie): 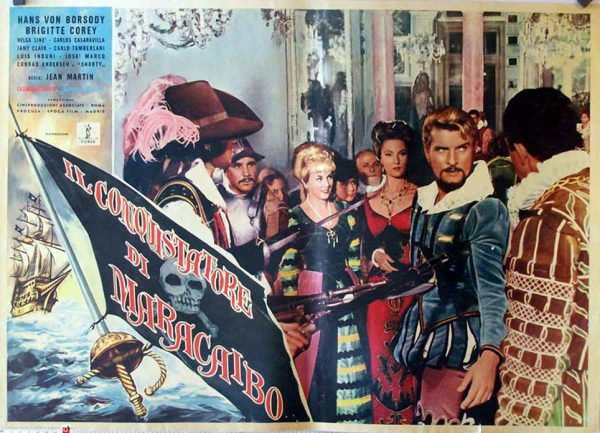 Two scenes: In one a woman witnesses how she unmasks (off-screen) in a room with her weapons and costumes. Thereby the audience learns the secret identity of the masked pirate as well.

In the final battle, she gets mortally wounded and then unmasked by the hero. A great reveal as he is totally surprised!

A solid story of betrayal and revenge around a “good” pirate captain. But my focus is totally on the mysterious masked pirate 😉

Quite an unusual mask for a woman in a movie! You don’t see such full-face rubber masks often. A perfect disguise as it fully covers her face. 🙂

It would have been a perfect mask for a “mask damage” scene. For example, someone punches her and her mask rips open partially. The attacker then realizes that the pirate leader is actually a woman and then tries to fully unmask her…. 😉

Well, such pirate outfits aren’t exactly interesting or sexy, especially as she has to hide that she is a woman.