The DAY has come!

…but for starters…a new video about Alice:

Well, looks like she lands a good hit on Batwoman 😉

I have the strong feeling that Alice will be a great villainess!

And check out the upcoming issue of the SFX magazine (UK): 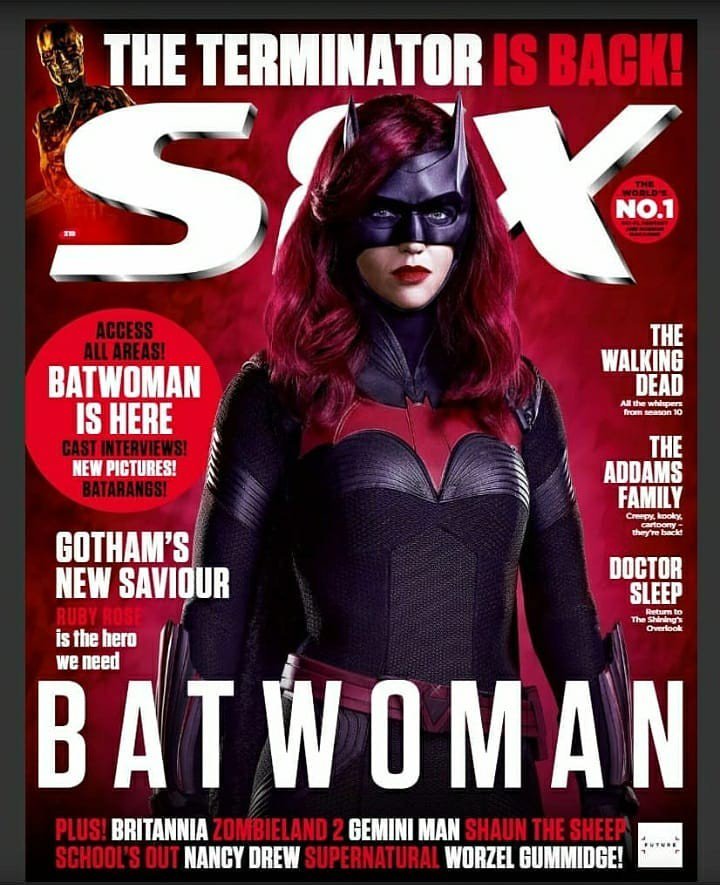 I will get it as soon it is available 😉

The day has come….. October 6th. The day I was waiting for since December last year.

Since I saw the Elseworlds crossover. I can only vaguely express how much anticipation I have build up until today.

But finally we are only hours away from the first episode of BATWOMAN.

I envy all who can watch the episode today on the CW, due to fact that I don’t live in the USA, I can’t do that.

Let’s take a look at the other “hero” shows on the CW:

The Flash will launch season 6 (October 8)

Legends of Tomorrow will launch season 4 (in January)

And Batwoman? I really HOPE that this show will be a success!

That it will be successful enough …to get several seasons like the other shows.

So far the CW didn’t cancel a single show from the Arrowverse as Arrow will “just” be ending because Stephen Amell would like to play other parts.

So far the only TV shows with a masked heroine in the leading role (Black Scorpion and Queen of Swords) had only 1 season.

BATWOMAN has to top that!

I know it’s getting tougher to get solid ratings as more and more shows fight for viewers. And streaming has changed the whole business.

BUT if BATWOMAN gets at least 3 or 4 seasons… I would be VERY happy. 🙂

If you live in the US…you know what you have to do! Tune in and watch BATWOMAN!

2 thoughts on “Batwoman news, October 6th […the last hours until the pilot is released!]”